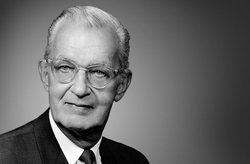 When Erik Potts, CFP®, Avid Car Enthusiast, and Founder of Panorama Wealth Strategies contemplated the name of his new firm he knew he wanted to include some personal ties. In thinking how he wanted his practice to be built, he wanted it to be well engineered, sleek, smooth, and exclusive... much like a Porsche.

The Porsche Club of America was founded by Erik's Great Uncle, William (Bill) Sholar. When Sholar purchased a new 1954 356 Coupe he noticed the attention the rare marque received. It became accustomed to silently greet fellow Porsche drivers on the road with a flash of lights. With the allure of the unique cars, Sholar wanted to create a place where drivers could interact together in more than just a passing glance. February 8, 1955 marked the first unofficial Porsche Club of America meeting which was held at Sholar's house outside of Washington, DC. There, Bill Sholar received a telex from Stuttgart, "Best wishes for the success of your Porsche meeting," was the text and it was signed by Ferdinand Porsche. In one short year, the Porsche Club of America became an internationally recognized club of high caliber. Bill was pleased and said, "It offers the Porsche owner many benefits obtainable from no other source. I am proud to be a member and honored to be its first president. " 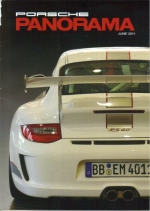 As president, Bill became the production manager of PANORAMA, the official magazine of The Porsche Club of America - appearing for the first time in December 1955. Bill was an artist; creative, with a knack for invention. He organized the Porsche Treffen in Europe, was even active as scenarist and producer of films like Made by Hand and Porschestrasse 42, and was in charge of many goodwill promotions between Porsche and their customers. The first National Porsche Club of America convention featured a parade, rally, and a gymkhana- events that Erik M Potts (CFP®) the great grand nephew of Uncle Bill features himself in today. 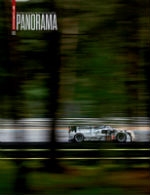 Bill Sholar was the honored guest at the Porsche Club of America 1979 Parade. Seeing an audience that knew him through the organization he brought into being, his energy and his delight in the consequences of that long ago effort shone through. The speech he gave that night was received with thunderous applause. He said "I was thinking of the many things that have made this silly little car, which is an inanimate object, what it is and what it has done. There is one word that describes not only that, but you, the people who own it, and that word is integrity, somehow I love you all."

Today, Bill Sholar's legacy lives on through the many successes of The Porsche Club of America, Porsche PANORAMA Magazine, and the establishment of Panorama Wealth Strategies. 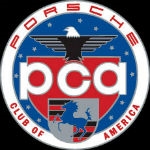 Panorama Wealth Strategies, built with passion and integrity, strives to operate like a Porsche- creating excitement, confidence, and security for its clients. Innovative in his approach, Erik M Potts CFP®, under the PANORAMA name, helps his clients to create a Panoramic View of their Financial Future and establish a road map to get them there. With the inspiration of Great Uncle Bill, the PANORAMA brand can take off in a new direction and enliven dedicated Porsche owners and our clients alike.